Should Wearing Masks Be Outlawed?

I was just reading the Gangsters Out Blog when I ran across an article about Nicolas Licier, a man wanted for Cocaine charges in Victoria BC, being arrested in Mexico. It was the picture that was most interesting. In Mexico, it is the police who wear masks, not the criminals…

END_OF_DOCUMENT_TOKEN_TO_BE_REPLACED

And, does this make them terrorists?

END_OF_DOCUMENT_TOKEN_TO_BE_REPLACED 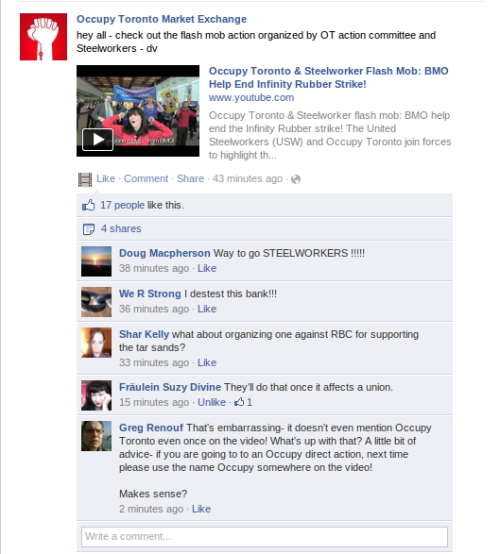 Each time a union pulls-out a video camera at an Occupy event it leaves me feeling used. Not a good kind of used either- more the kind of used a prisoner would feel after dropping the soap in Coalinga State Hospital.

We had a similar incident in Vancouver during CUPE‘s national convention. There was a direct action called outside of the camp that most people went to. And, coincidentally, just at the same time, 2000+ members of the union showed-up to film another promotional video. In this case, they play-acted as if they were holding a General Assembly- only, there were 100’s of them and there are only three occupiers in the video. And, of course, there was a homeless man I don’t recognize getting high-fives from CUPE members!

END_OF_DOCUMENT_TOKEN_TO_BE_REPLACED

Lots More Pictures of Cortes Island (And Victoria) on my Tumblr Page! 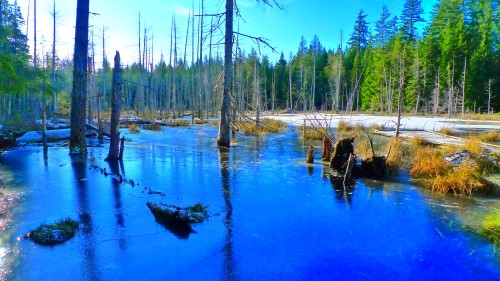 Come to my Tumblr Page for more pictures…

This picture of Occupy Vancouver is poetic…

Posted on December 22, 2011 | Comments Off on I Felt Like These Two Guys Way Too Often on the OV Facebook page…

All the random ganging-up, the ridiculous accusations, bullying. Follow the rest of the story at the Georgia Straight…

Is Occupy Vancouver a Pawn to the Unions? (and others)

Posted on December 20, 2011 | Comments Off on Is Occupy Vancouver a Pawn to the Unions? (and others)

Watching this video makes me feel cheap, used, and taken advantage of in many ways. Like we may have been a sideshow for a union’s aspiration to get ‘cred’ with their membership. Curiously, this event happened at the same time as a hearing about OV at city hall- most of us were either there, or had our eyes glued to the livestream…

END_OF_DOCUMENT_TOKEN_TO_BE_REPLACED

Comments Off on Is Occupy Vancouver a Pawn to the Unions? (and others)