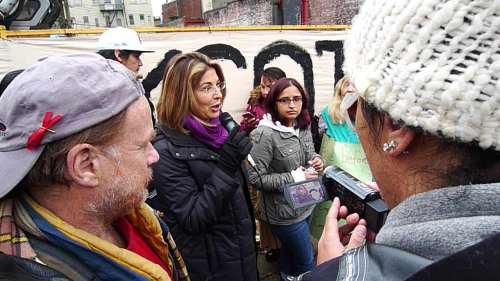 Naomi Klein speaking beside Harsha Walia at the rally

One of the more interesting events I attended in Vancouver was the Occupy Condos event led by Harsha Walia. I have, for months, been quite confused by this event. It was only recently what it has begun to make sense to me…

END_OF_DOCUMENT_TOKEN_TO_BE_REPLACED

Why I’m Stepping Down From The Occupy Movement…

I joined the Occupy movement with a dream. Occupy had a chance to change the world and make it better for everyone- unfortunately, this opportunity was lost.

The Occupy movement was labelled as the 99% vs the 1% but this is not entirely true. Now, six months later, it is obvious to me that Occupy was corrupted from the beginning. In reality, it was a battle of the 5% vs the 95%. Let me explain…

END_OF_DOCUMENT_TOKEN_TO_BE_REPLACED

Judy Rebick is promoting the guy who debated Harsha Walia in the infamous “Harsha Walia Gone Wild” video? How can this be?

Comments Off on WTF, WTF, WTF?

This Man Is A Muppet!

Don Davies not only attended Harsha Walia’s ironic march ‘against’ racism- but, he was foolish enough to use his Twitter account to promote Harsha’s radical Black Bloc anarchist group No One Is Illegal! (NoII)

END_OF_DOCUMENT_TOKEN_TO_BE_REPLACED

While researching people who have registered to attend Harsha’s Ironic March Against Racism (she’s a racist herself) I came across David Murray, a recently elected NDP councillor for Pitt Meadows.

I’m pretty confident that the people of his community would find Harsha Walia’s racist and sexist attitude to be as abhorrent as most of my readers. And, as he’s new to the job, I thought it would be courteous to warn him about the political CLM (career limiting move) it could be for him to march beside Harsha.

END_OF_DOCUMENT_TOKEN_TO_BE_REPLACED

Hedy Fry is a Liberal Party MP from Vancouver- a highly educated and respectable woman who is originally from Trinidad & Tobago. I love her home country, beautiful beaches (especially Blanchisseuse!), and many lovely people. That said, there are some serious social issues there, many are race related.

So, I can understand her reasoning for deciding to attend Harsha Walia’s ironic march against racism. But, I’m also guessing that nobody has pointed out to her that Harsha virulently supports both racism & violence. Because, otherwise, I seriously doubt such a well educated politician (besides David Eby) woud risk their reputation by marching beside such a monster…